Out of 4 people, why does ways to choose a 2-person committee overcount by 2 the ways to divide the 4 into 2 teams of 2? 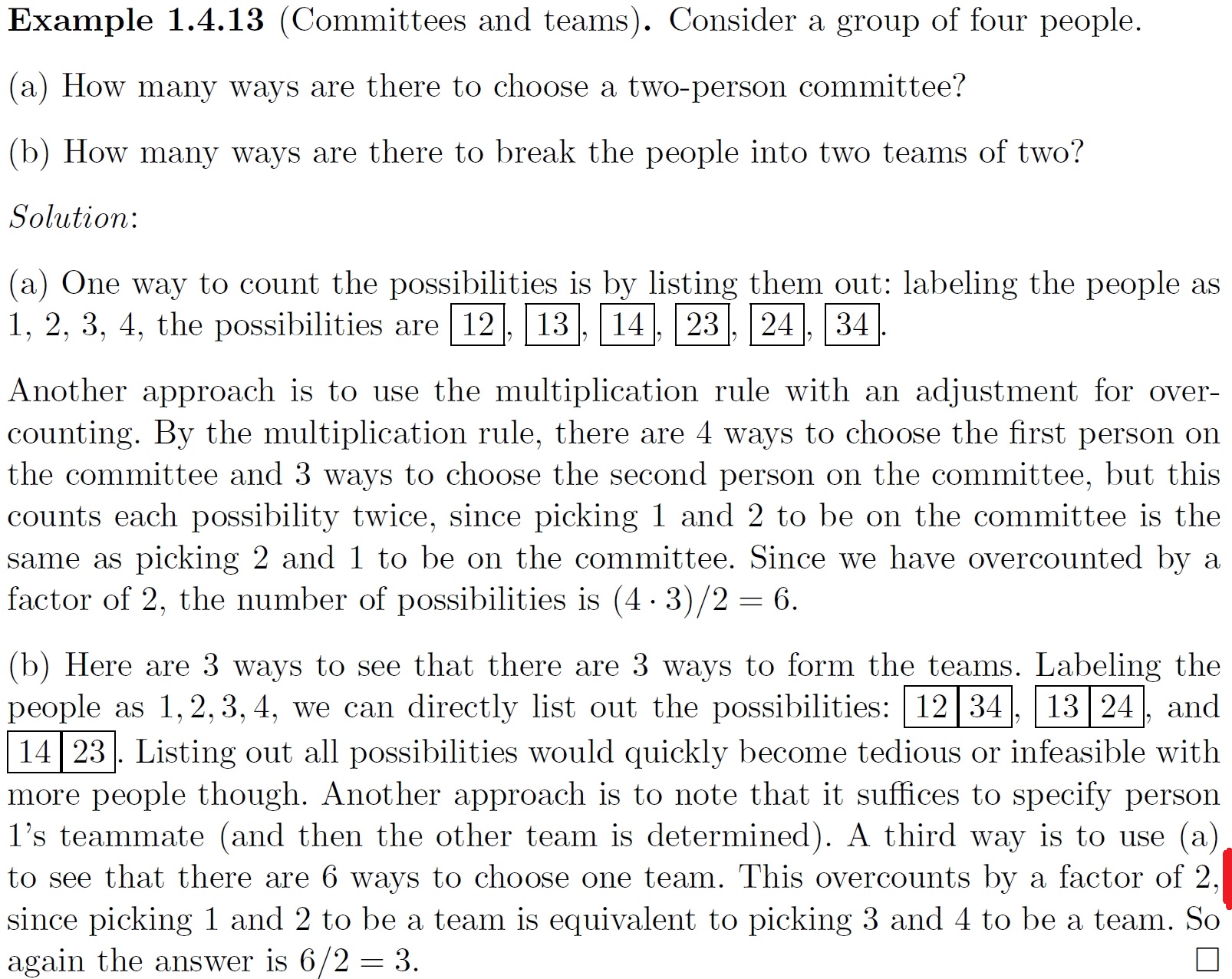 The situations are different. In (a), two distinct groups of two are formed, “committee” and “not committee”. But in (b), we instead form two non-distinct “team” groups of two each.

In fairness, the non-distinctness of the teams in (b) is not explicit in the question. You could certainly argue that labelling the teams in distinct ways (A vs B, red vs blue, shirts vs bibs) is a valid assumption, and in that case there are six ways to do it.

Tim Pederick‭
81 reputation 0 5 8 0
Permalink History
Why does this post require moderator attention?
You might want to add some details to your flag.