Using solely the original meaning of "unless" below, please expound why? How does definition 1 below ≡ if not? I know that definition 1 is obsolete, but I'm interested in the etymology. OED Third Edition, June 2017. Screenshot.

†A. adv. Only in conjunctional phrases followed by than or that.

PSTH‭
9 rep. 0 0 1 0
Permalink History
Why does this post require moderator attention?
You might want to add some details to your flag.
Why should this post be closed?

-1. "Using solely the original meaning of 'unless' below" is a restrictive condition you've added in for no apparent reason. — msh210‭ 2 months ago

The quotes from the books are exactly the kind of ridiculously naive and over-simplified linguistics in introductions to logic that I criticize in this blog article. Particularly for everyday natural language expressions, you will find no shortage of ways where this "translation" provides only a clumsy interpretation, is inadequate, is outright wrong, or is just nonsensical. This also has nothing to do with how mathematicians/logicians use formal logic.

Even then, your question is strange. There's no reason to expect every definition of "unless" to be even clumsily equivalent to this "translation". There's also no reason to expect the etymology of "unless" or this obsolete form have anything at all to do with this logical interpretation. This is almost certainly not the form of "unless" the authors of these books were intending, especially as the given example doesn't use "than" or "that".

Either you're asking how the natural language meaning of "if not" relates to this obsolete form of "unless", in which case this is not a mathematics question; or you're unreasonably asking how this "translation" corresponds to a meaning of "unless" that is clearly not the meaning the authors intended. It would be like asking why "not" is "translated" to logical negation but under the condition that "not" is defined as "nothing" because "not" (allegedly) derives from "nought" which means (among other definitions) "nothing".

Derek Elkins‭
219 rep. 2 5 25 3
Permalink History
Why does this post require moderator attention?
You might want to add some details to your flag.

In describing an exception, the “unless” phrase also suggests that the condition is generally not fulfilled, but that part is irrelevant from a logical point of view (the logic only cares about the truth/falsehood of statements, not about the probability that they will be found to be true).

celtschk‭
196 rep. 5 3 31 3
Permalink History
Why does this post require moderator attention?
You might want to add some details to your flag.

Sign up to answer this question »
Featured
Welcome to Mathematics!
New communities: Music, Physics
Hot Posts
Q&A — Are there useful topologies on Cartesian products “in between” the product topology and the box topology?
Q&A — Does this generalization of path-connectedness also cover general connectedness? 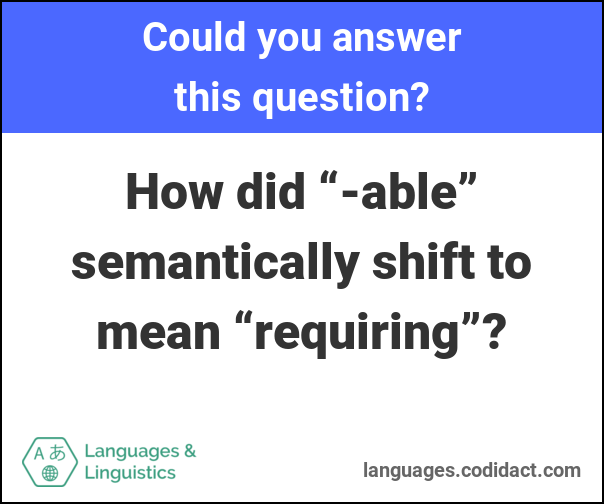